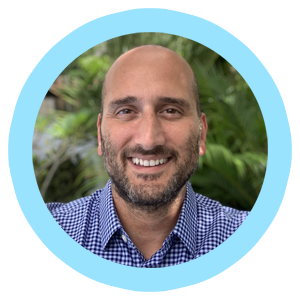 Peter Kaldes, Esq. joined ASA in March 2020 and at the start of the global pandemic. His visionary and innovative leadership is transforming how ASA unites, empowers and champions everyone working to improve aging. Before joining ASA, Kaldes was President and CEO of the South Florida Institute on Aging (SoFIA) where he led the transformation of a 55-year-old, community-based organization by launching new programming, impactful thought leadership and nearly doubling its budget. Prior to SoFIA, Kaldes led a $20 million philanthropic economic development portfolio as a senior executive at JP Morgan Chase & Co. He also has a distinguished career in public service including as senior economic policy advisor in the Obama White House, the U.S. Department of Commerce and the Senate. Kaldes began his career as an international litigator at the global firm of Weil Gotshal. He is a graduate of the University of Pittsburgh School of Law and Tufts University.

Cynthia Banks brings almost two decades of experience in the aging arena to the role of ASA’s Chief of Staff. Previously serving on ASA’s Board of Directors Executive Committee, the Board of Directors for National Association of Area Agencies on Aging (n4a) and as Chair of the Board of California’s Association of Area Agencies on Aging, she is working with ASA members to move forward ASA’s vision for optimal quality of life for older adults. In 2019 she retired from her position as the Director of the Department of Workforce Development, Aging and Community Services in Los Angeles County, where she oversaw the Area Agency on Aging, the second largest jurisdiction of older adults in the nation, as well as L.A. County’s Adult Protective Services, among other safety net programs. She sits on the Board of the Archstone Foundation, and serves as Chair of Archstone’s Finance and Investment Committee. 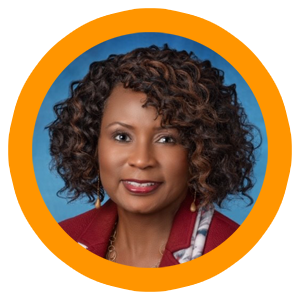 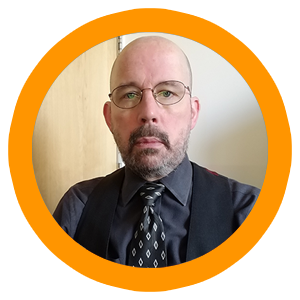 Robert R. Lowe has worked in professional membership associations for more than 35 years. Since 1993 he has been on the staff of the American Society on Aging. From 1993 to 2000 he worked in the Society’s publications department as a typographer and designer, becoming production manager in 1997. In 2001 he became operations manager with responsibility for information technology and in 2005 added responsibility for member and customer service. Since 2012 he has served as Chief Operating Officer, overseeing IT, accounting and finance, conference logistics, office management and governance. Prior to joining ASA, Lowe was on the staff of the Texas Association for Health, Physical Education, Recreation and Dance, where he had direct operational responsibility for membership, conference and publication activities. Lowe is a native of New Jersey and attended St. Edward’s University in Austin, Texas. He has been a member of the American Society of Association Executives since 2005.

Leanne Clark-Shirley, PhD, is Vice President of Programs and Thought Leadership at ASA. She oversees ASA’s programs and publications, and works closely with leadership to build new strategic offerings. Clark-Shirley is a social gerontologist with nearly 20 years of experience working in aging-related nonprofit, consulting and academic environments. Before joining ASA, she was AARP’s Senior Evaluation Advisor, responsible for strategic planning, building internal evaluation research capacity and applying impact measurement expertise at the departmental and enterprise levels. Prior to that, she led the Aging and Disability research practice at IMPAQ International, a think-tank and policy research firm. Clark-Shirley is a fellow of the Gerontological Society of America, teaches courses on policy and aging and regularly mentors students interested in non-academic careers in aging. She received her doctorate in Gerontology from the University of Maryland, Baltimore County. 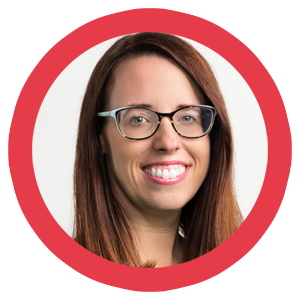 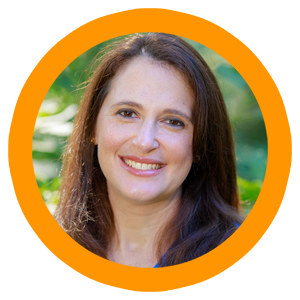 Cindy Morris is Vice President of Development and Community Engagement at ASA, having previously been President at The Benson Agency, a consulting agency focusing on sustainability and strategic growth for nonprofits on Long Island, NY, and as Chief Operating Officer of i-tri, an empowerment program for middle-school age girls. After a career in the travel and hospitality industries, Cindy has spent the past decade working with nonprofits in the Metro NYC area to build and implement growth plans with a focus on fundraising and marketing. Cindy holds Master’s and Bachelor’s degrees from George Washington University.

Alison Biggar is Editorial Director at the American Society on Aging, and has worked with ASA since 2011 as senior editor on its publications. She plans content for the Generations Today digital bimonthly publication, writes articles and edits the publication. For the Generations journal, she helps to plan issues with guest editors, and edits the publication. She also plans content and solicits speakers for the Bylines podcast and Future-Proof broadcast, and writes and edits Generations Now blog posts. Biggar has more than 30 years editorial experience and served as editor of the Sunday Magazine for the San Francisco Chronicle for a decade. She graduated from University of California at Santa Barbara with a Bachelor’s Degree in English Literature. 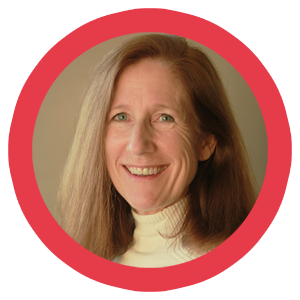 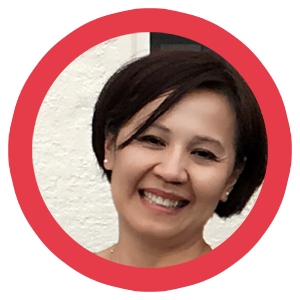 Vicky Nguyen is Director of Accounting and Finance at the American Society on Aging, and has worked with ASA since 1994. Vicky is responsible for all accounting activities, including accounts payable, accounts receivable, depositing receipts, check writing, reconciling of bank accounts, budget, investment activities, processing payroll and benefits. Nguyen received her Bachelor’s degree in Accounting and Finance from San Francisco State University.

Betsy Dorsett is Manager of Community Engagement, at the American Society on Aging. She worked at ASA from 2006 to 2016 before serving as the Development and Communications Manager at Bay Area Outreach & Recreation Program, a nonprofit organization that provides sports and recreation programs for people with disabilities in Berkeley, CA. She is excited to be back at ASA in a new role helping to grow ASA’s online engagement, develop content for ASA’s website and social media channels and assist in producing ASA original content including podcasts and video broadcasts. Betsy has a Master’s degree from San Francisco State University in Sexuality Studies, where her research focused on theories of aging and gerontology, disability theory and queer theory. 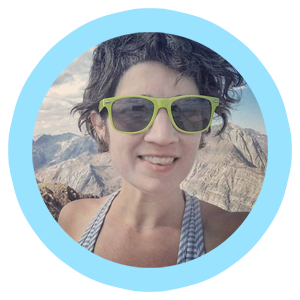 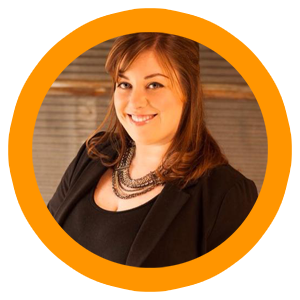 Adi (Dee) Goldstein is Development Manager at ASA, having previously been Director of Development for the South Florida Institute on Aging, a community nonprofit devoted to helping older adults thrive as they age. She holds a Bachelor’s degree in Psychology from Santa Clara University and a Master’s in Counseling Psychology with a specialization in Creative Expression from Sofia University (formerly the Institute of Transpersonal Psychology).

Keith Kuo is a program manager at the American Society on Aging. Keith is responsible for providing digital leadership, development, curriculum design and delivery for ASA education programs. Prior to joining ASA, he was Senior Community Service Employment Program (SCSEP) office manager at the National Council on Aging’s San Francisco office. Keith received his Master’s in Chemical Engineering from Purdue University and Bachelor’s of Science in Chemical Engineering, Chemistry and Physics from University of California, Irvine. 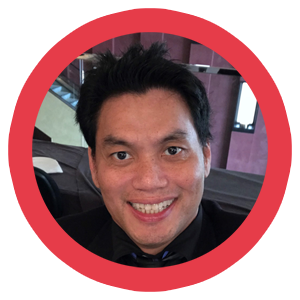 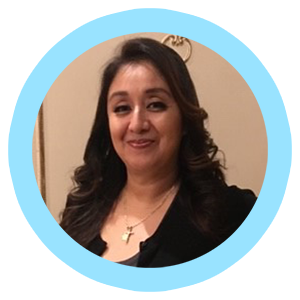 Aouda Patricia Morazan is Program Coordinator for the American Society on Aging, where she has worked since 1994. Her career in administrative services at ASA has provided her with the rewarding experience of working in a variety of capacities with special projects, educational programs and membership services. Morazan began her career in administrative services 26 years ago as the office manager at the Mission District Traffic School/DUI Program, where she supervised educational training for offenders of either traffic or DUI violations and the 12 to 18 months DUI program.

Jen Rivera, Manager of Membership Engagement, comes to ASA with a background in membership marketing, and has been working with philanthropic organizations since 2010. She graduated from Tarleton State University with a Bachelor’s in communications and a Master’s in management and leadership. Throughout her professional career, she has developed an understanding of building and sustaining relationships with organization stakeholders and implementing strategies to grow organizations. While working for the International Association of Electrical Inspectors, she redesigned the membership structure and assisted in diversifying revenue opportunities. Rivera attributes her passion for helping others reach their goals and feel supported to her first job as a university residential leader. Outside of the office, she is involved in developing her community through Junior League and The Dallas Cotillion organization. 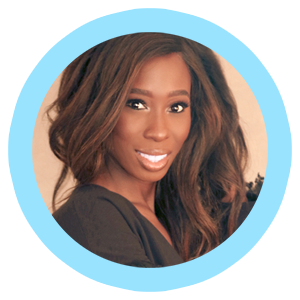 Chris Berno brings over 20 years of enterprise technology management experience to the ASA and is the first senior leader dedicated to helping ASA further its mission to improve aging with technology. Chris began his career in 1999 as a Vendor Manager for San Francisco, CA based mobile internet start-up OmniSky and has remained on the cutting edge of technology since. Over the past four years, Chris has been working as an independent contractor helping senior leaders to develop technology strategy and managing its deployment into production. As Acting CTO here at ASA, Chris is focused on developing and delivering web-based tools, applications and services that ASA and its members can use to unite, empower and champion their aging-related work and capitalize on today's wave of technology disruption.