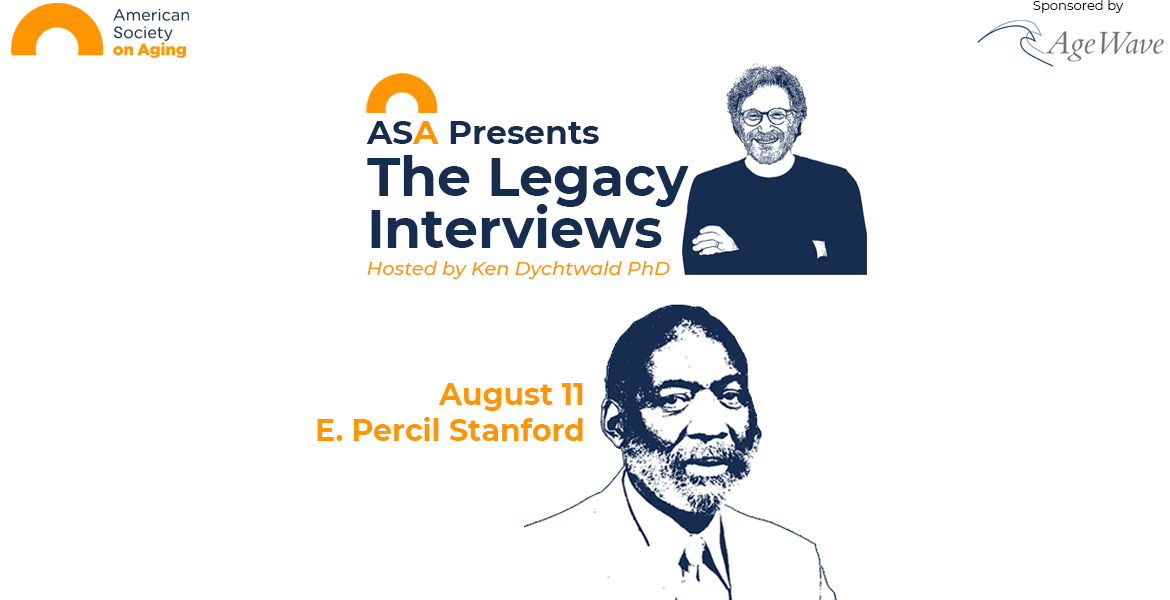 E. Percil Stanford, PhD, is the President of Folding Voice and of KIND Corporation in San Diego. At AARP he served as West Region Director, Interim Director of the State Affairs Department and Senior Advisor in the Thought Leadership Group. In his role as AARP’s Senior Vice President for Diversity and Inclusion he led AARP’s initiative to implement a strategy that would ensure equal opportunities for all employees and volunteers and ensure that services, programs and products would be user friendly for all. Dr. Stanford began his career at Iowa State University, then worked at the U.S. Department of Health and Human Services in the Administration on Aging. While serving as a Congressional Fellow, he worked in the House of Representatives and Senate, focusing on Veteran’s Affairs. As a professor at San Diego State University (SDSU), he founded the University Center on Aging, The National Institute on Minority Aging and the Gerontology Department, as well as being Interim Director of the School of Social Work. Stanford continues to serve as Professor Emeritus at SDSU. He is a widely published author of several books and articles on a wide range of age-related topics.